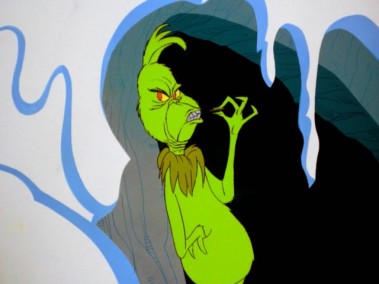 Hailey and Tony, who have been married for thirty years, have both developed diabetes.  Hailey beat cancer, but medical complications prevent her from working.  Now, it’s food or medicine.  They can’t afford both.

Jim and Katie are younger, but their dilemma is just about the same.  Katie’s diabetes got so bad that Jim had to quit work to care for her.  Someone had to do it, and they could not afford to pay.  Nurse his wife or keep going to work.  What choice would you make?  Now they’ve fallen behind with the rent and face eviction.

Alisha, Rafael, and their six-year-old girl were doing just fine—paying their bills on time and saving for the American dream.  Until Alisha’s kidneys failed.  She’s on dialysis now, so they can’t pay the electricity bill. After the power goes out, eviction.

You get the idea.

Sickness has made all of these people charity cases.  Literally.  They have all applied to aid from some agency, and the Charleston Post and Courier has publicized their cases in its “Good Cheer” series.

The Grinch here is not diabetes.  It is not dialysis.  It’s Nikki Haley.

The Real Meaning of Charity

The working poor have no margin.  Get the flu, and a wage earner takes a pay cut along with his Mucinex.  Get seriously ill: she’s shit out of luck.  Will she buy her meds or buy food?  You can’t really choose to forego that life-saving dialysis.  But that might mean you’re living out of your car.

Josie, a 56-year-old mother and grandmother cannot afford the surgery she needs to deal with a brain aneurism.

Jade had to take off work to care for her eighteen-month-old toddler.  The seizures have stabilized, and Jade’s boss was kind enough to hold her job till she could return, but she’s behind on her rent and she’s behind on the power bill.

There is a solution.  It’s not easy, but it’s not really all that hard either.  It’s not cheap, but it’s not really all that expensive.  It’s called universal health care.  What it means is this:  we take care of our own.  It’s the true meaning of charity.  You don’t leave things to the whims of a Good Cheer fund.  You don’t force your neighbors to beg.

Sweden has universal health care.  Well, of course the Swedes have it.  Who’s more civilized than the Swedes?  But Slovenia has it too.  The Slovenes!  So does Australia.  So does Ireland.  So does Cyprus.  Little countries.  Luxembourg.  Big countries.  Germany.  It’s not rocket science.  They all have figured this out.

We ought to write it into the state constitution, like we did with education.  All South Carolinians have a right to decent health care.  Medical bills shall bankrupt no citizen of South Carolina.

We could have had it.  It’s called Obamacare.  President Obama tried to insure everybody.  In most states, Obamacare does cover everyone.  But our politicians—who all, by the way, have fantastic health care subsidized by taxpayers—shot Obamacare in the kneecap.  They refused to expand Medicaid to serve the 123,000 working people in South Carolina who make so little money that they don’t even reach the poverty line.  It was a death sentence for 200 people this year.

The absurd thing is, we have already paid to expand Medicaid.  Our taxes to the Federal Government cover 90% of that bill.  Obama practically begged Nikki Haley to take the money, but she got up on a high horse and refused to even look at it.  I guess maybe because Obama had touched it.

Besides, Nikki has a better solution. It’s called Haleycare.  Here’s how it works.  If you are poor and you get sick, Nikki Haley will give you a tin cup.  You take that out in the street and beg for nickels.  If you’re real lucky, the Post and Courier will run your story, and maybe enough people will donate enough spare change to pay your December rent.  Maybe the power company won’t turn off your heat till January.

Or maybe it will.  It’s a crapshoot.  No electricity for the lights on Alisha’s Christmas tree.  No presents for Jade’s toddler.  No surgery for Josie.  No home for Sam and Tanya.  No ribbons or tags, no packages, boxes, or bags.  No roast beast.  No Who-pudding, and certainly no Who-hash.

And that’s how the Grinch stole Christmas.

9 thoughts on “The Grinch of South Carolina”